In 1980 Larry traveled with National Broadcast Company Political Decision 80 as a consultant and manager of news gathering on candidates campaigning for party nomination.

Also in the 1980’s Larry assisted in the Today Show and Nightly News, political wrap-ups shows for each state primary and GOP Convention in Detroit and the Dem Convention in New York dealing with all cutspot lineups for broadcast.

In 1983 Larry Wehrhahn was managing Bonded program services and Bonded film distribution in which he headed up all major studio film and video for television, ad agencies, television soap series, TV sport collections, world wide TV news collections and CBS television. During this time Larry was responsible for 4 state distribution to all theatres of all major feature films through National Film Services.

Built by Jules Brulatour in 1920 then later occupied by Eastman Kodak until Fortlee Film & CO purchased the lot.

Larry was also responsible for the colorization of Motion Pictures such as March of the Wooden Soldiers and and films like Rebels Army.

Larry was a veteran of the Korean War Military Occupational Specialist, Decorated, and Honorable Discharge in October of 1951. 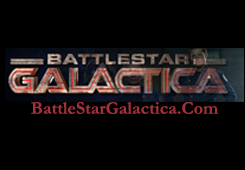